Regaining the Glory of IT-BPM Industry and Virtual Staffing Services

In the second year of a global pandemic, 2021 has managed to astoundingly preserve the integrity of the Information Technology and Business Process Management (IT-BPM) industry. The sector has once again regained its glory having been considered as the Philippines’ economic pillar. IT-Business Process Association of the Philippines (IBPAP) chairman Benedict Hernandez said that despite the country experiencing countless challenges, the IT-BPM sector has kept many Filipinos employed and even opened more job opportunities, as more virtual staffing services came into play. Business brought increased developments outside Metro Manila boosting the demand for real estate. Industry leaders say they aim to complete the IT-BPM Roadmap 2028 by the second quarter of 2022.

The IT-BPM industry will play a significant role in the Philippine Exports Development Plan (PEDP) for 2022-2027. The Department of Trade and Industry (DTI) is looking to expand the said sector citing its 60% economic contribution in total exports. A report from global research firm Everest showed that the industry’s revenues could increase by 8-12% forecasting this year’s headcount of full-time employees and virtual staff with an increase of  7-8%.

The main challenge the IT-BPM industry faced last year was Typhoon Odette (international code name: Rai) as it left a massive trail of destruction across provinces in the Visayas and Mindanao region. The industry bore the brunt of a daily minimum loss of Php500 million (US$9.9 million)  with about 80% of IT-BPM firms in Cebu city severely affected by the typhoon aftermath.

According to Cebu IT-BPM Organization (CIB.O) President Exuperto P. Cabataña, huge areas suffered major power outages along with intermittent internet and telecom network connections. While many affected areas in the province continue to experience these, Cabataña said he had sought government assistance with pleas to prioritize repairs on telcos, restored electricity, and provisions for water and fuel to enable the business district to continue its operations. Two of the country’s major telecommunications companies, Globe and Smart Telcom, were able to restore more than 70% of their services in affected areas.

The demand for more office spaces in the country is predicted to increase this year for  Business Process Outsourcing (BPO) companies, virtual staffing services, data centers, and e-commerce. Full recovery mode for the office market is seen in the second quarter of 2022, as property consultants are scrambling to expand to places outside Metro Manila such as Cebu and Iloilo. Phoenix Virtual Solutions is more than ready to take on these ever-changing demands. Being recognized as one of the Top Call Center Companies by DesignRush, Phoenix Virtual Solutions continues to provide premier staffing services amid these challenges.

The Philippine Economic Zone Authority (PEZA) has announced that big international players such as MMG Group, Amkor Technology Philippines, and Yeonho Electronics are expanding their investment in the country in the first quarter of 2022. Also in the game are multinational firms Samsung and Murata.

Furthermore, investment promotion tours facilitated by PEZA ( Philippine Economic Zone Authority) have brought in several Indian companies looking to invest their business in Baguio City due to its natural attractions and cold yet comfortable climate that make it conducive to new business ventures.

Following the approval of a bill that allows foreigners to fully own and control firms could greatly improve their appetite to invest in the country bringing in a significant increase in the Philippines’ Foreign Direct Investments (FDIs). According to credit rating agency Fitch Solutions, foreign ownership will open up the country’s economy to international investors, leading to more business opportunities. The current law only allows foreign business ownership and control of up to 40%.

6. Surge of the Omicron Variant

Metro Manila returned to Alert Level 3 on January 3 and has extended accorded safety protocols and restrictions until the end of the month. This surge of new COVID-19 cases has affected more than 190,000 employees as well as home-based virtual staff. The Philippines stands to lose around Php 200 million (US$3.8 million) in the economy brought on largely by imposed strict protocols.

Final Thoughts
In light of good news, despite the challenges that have washed over 2021, the country still managed to rank 90th on mobile internet speed out of 138 countries. Ookla, the network testing company, said that the Philippines clocked the median download speed of 18.68 Mbps.

The economy may affect and bring challenges to many Filipinos across the entire country. But these challenges may just as much lead to more investments from international businesses in the future.

Don’t let hurdles keep you from exploring future possibilities and expanding your horizons. Future-proof your business and partner up with Phoenix Virtual Solutions. Allow us to pave the way and link your business with our HIPAA-certified Filipino healthcare virtual staff.

Keep that positive outlook by contacting us to avail of our healthcare virtual staffing services that perfectly suit your business needs. 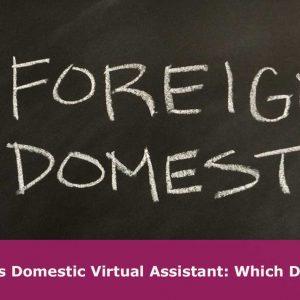 Foreign Versus Domestic Virtual Assistant: Which Do You Prefer? 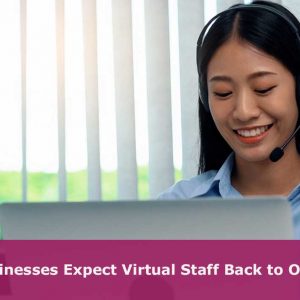 Philippine Businesses Expect Virtual Staff Back to Office This Year 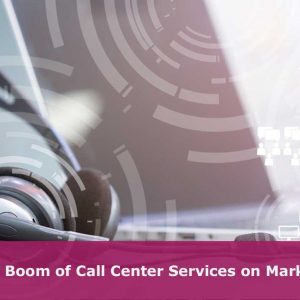 The Global Boom of Call Center Services on Market Trends

Send Us A Message